Aquaculture is a system of intensive production of marine species that arose from the need of an ever-increasing quantity of food to be produced, in this case – fish

As the world’s population increases, the demand for food is growing, and aquaculture can effectively respond to this demand.

In the current situation, all food production strongly impacts the surrounding ecosystems, both from environmental and energy points of view. Aquaculture maintains this impact within tolerable levels, ranking as one of the cleanest forms of animal protein production.

However, aquaculture facilities can be of different types, each seeking to produce the highest possible quality.
The strong technological development achieved in recent years backs this correlation between quantity and quality.

Some farms confine to an area of sea large enough to provide all the nourishment necessary for the growth of the specimens found there. In this case, the environmental impact is practically zero, and there is no substantial difference between the catch and the farmed fish.
However, most fish farms tend to produce more and more fish in the smallest possible spaces, and at the lowest possible costs. These types of farms can be intensive or hyper-intensive, depending on the degree of fish density in each area.

Here, environmental conditions must be artificially recreated, by introducing more feed, and ensuring biological and chemical conditions suitable for the healthy development of the species.

This type of aquaculture requires sophisticated water filtration and recirculation systems to avoid creating imbalances that would significantly influence the health and organoleptic quality of the product, and the environmental impact.
A significant difference between the different types of plants can also be made by the species reared, the type of feed administered, the filtration and monitoring systems, and many others.

One of the most critical parameters calculated to assess an aquaculture facility’s sustainability is the ratio between the amounts of caught and produced fish. The so-called fish-in/fish-out ratio is the quantity of wild fish to one kg of farmed fish. These elements are made by other wild species caught in the sea. For example, the sea bass is a predatory species, so fish meat and fish oil must be introduced into its diet to feed it.

Until the end of the last century, this ratio was not sustainable. More wild fish were needed to produce farmed fish.
To raise one kg of sea bream or sea bass, 1.5 kg of oceanic material was needed, while to produce one kg of salmon, as much as 2 kg was required.
The strong technological development imposed by the ever-increasing demand now allows plants to produce 1 kg of sea bream or sea bass with 0.53 kilograms of organic material, and 0.82 kilograms of one kg of salmon.

It was possible to achieve these results thanks to the strong development of food research. It has been possible to replace the by-products of fishing with alternative products by introducing cheaper elements with the same properties, such as algae or insects, into the diet of the farmed species. This makes the whole production cycle much more sustainable.

Aquaculture and the environment

In addition to the traditional extensive system mentioned above, there are mainly two other types of aquaculture systems: closed recirculation systems, and open sea farming.

Recirculating aquaculture is a technology of water reuse in closed systems used in the farming of fish and other aquatic organisms.
Water reuse is based on the use of biological and mechanical filters that purify wastewater, allowing it to be safely reused.
This system is widely used for the breeding of fish, crustaceans, and molluscs.

Open sea farming is designed to solve the problem of disposing of the substances produced by the plants, first and foremost the fish droppings.
Where the plant is located in shallow water or in weak currents, the introduction of large quantities of waste into the environment alters the balance.
Along with adversely affecting the health and quality of the fish bred, this also alters the living conditions for the surrounding species, causing damage to the entire ecosystem.
Therefore, the idea was to exploit sea areas with deeper waters and stronger currents away from the coast, to make sure that the waste is dispersed in a less harmful manner.

We have reviewed two types of breeding: the recirculation type in a closed circuit, and the type away from the coast to exploit the greater capacity for waste disposal.
There is, however, a new frontier that is opening exciting prospects in this sector, and that is the multitrophic farm. This is thanks to the concept of a circular economy, where every system component is utilised while reducing waste. This unique element is providing an interesting boost in the development of aquaculture.

Aquaponics is the definition we need to start becoming familiar with. It is the system by which microbes from fish waste are transformed into substances that can fertilize algae and other marine plants. These, in turn, can be reused to clean the water and even become food for the fish themselves. This would create a virtuous biological circle where everything is used, and waste is minimized.
Promising plants have been tested to integrate fish species’ production with that of fruit and vegetables for human consumption.

As a further development of this concept, different species of animals can be involved, with the waste from one species becoming food for another.
Widely experimented integrated systems include the cultivation of shellfish and algae. The dung from the fish, duly filtered and treated, serves as fertilizer for plant species, reused to produce meal and oil to be incorporated into the fish’s diet. This closes the circle.
Various experiments are underway that could represent essential developments in creating renewable energy sources.

A final aspect to be considered in managing an aquaculture plant is the possible escape of farmed fish and their return to the wild. Such an escape could lead to serious environmental problems, contaminating wild species with new diseases. This problem concerns installations in the sea, since in closed tanks this possibility does not exist.
Installations in the sea, whether near the coast or in open sea, should be designed and built in manners to avoid this risk. Above all, constant maintenance must be carried out to prevent any problems.

Aquaculture farming has grown a lot in the last twenty years, and this can be an essential response to the constantly increasing food needs of the planet. Provided, that the facilities are built and managed correctly for the sake of everyone’s environmental heritage, and respect for the animal species. 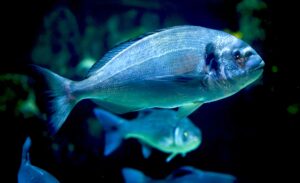 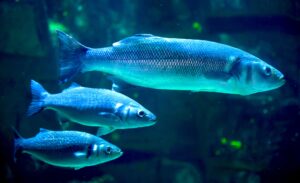 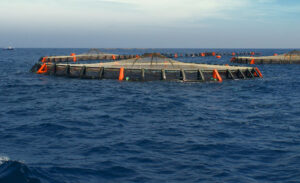 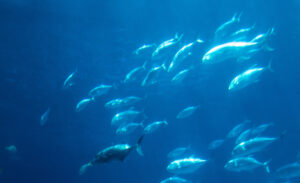 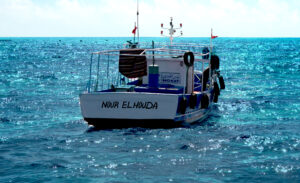